I'm talking about my year of fruition this week. In case you missed it, here's the intro.

I'm sure that in other languages, there is a word for the process of getting unstuck, of removing obstacles. In English, I need a whole blog post to talk about it instead.

I moved to Vegas-- for the second time, because apparently some lessons don't stick-- in 2005. About 3 years later, I'd had it and was ready to get the hell out.

In the meantime, though, I'd met Dan. So instead of leaving, I stayed. We moved in together.

This did not make things any easier. Instead, life got steadily more constrictive and unhappy.

About a year later, Dan's ex filed papers to move to Reno with Miss L, thus launching a brutal legal battle that's best left undiscussed further, except to say that Dan did eventually agree to the move a year later.

With Miss L gone, the possibility of leaving Vegas suddenly opened. Except by then I didn't want to move Miss G again; she's changed schools far too many times already in her comparatively short time on the planet.

This slender lifeline came down into our collapsing, slick-walled tarpit and I used every ounce of willpower to haul my ass out and make a run for it. 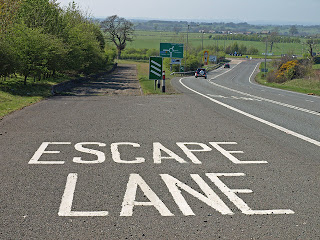 Dan, however, would not budge.


Just after Miss L moved to Reno, Dan's folks moved to Hawaii. We had a plan to sell our house, move into theirs and pay them rent, so we started doing some minor updating in the house. Which ended up being that loose thread on the sweater that unravels the whole thing.

At the time we decided to move to Colorado, half the house was torn down to rafters while the other half remained untouched. Of course the house couldn't stay like that. Dan and I agreed that finishing the remodel was our number one priority.

No matter how many discussions we had, timelines we came up with, agreements we reached, or fights we had, Dan refused to move forward with the house. 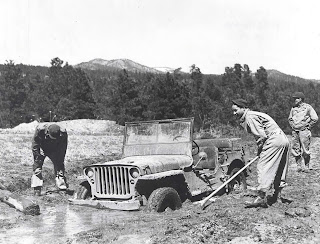 Last spring, I told him I wasn't waiting around until he was finished, that he'd had two years to finish the damned house. He said that was fine; he'd be done in just a few months and then move up himself.

I got here a year ago. Dan is still not here.

Around the three-months-apart mark, he said, "I think even though I said I wanted to move, maybe subconsciously I really didn't."

He said, "I really do want to now, though. I'm done with Vegas. I'm ready to get out of here and start our new life together."

This week, the last of the drywall goes up. One half of the house is finished except for paint and flooring. The other half gets tape and mud starting tomorrow. He'll be here next week, for good.

This is the year we have all finally escaped Las Vegas.