From the Badlands and Back Again

For our super-involved family vacation this year, we drove from Denver through the Badlands over to my hometown of Bemidji, MN, then up to tour an old iron ore mine in Tower-Soudan, then on over to the North Shore of Lake Superior to a yurt in Grand Marais, then cruised up to the amethyst mines past Thunder Bay, headed back down the North Shore to Duluth and over to Bemidji again where we celebrated Miss G turning 15 (gah!) and eventually made our way back to Denver.

It's actually just as exhausting reading the description over again as the trip itself. Well, almost.

So, every time we make this drive, we don't go through the Badlands, either because we're sleepy or short on time or some other random excuse. This year was the year we finally committed. And deeply regretted having not stopped sooner. 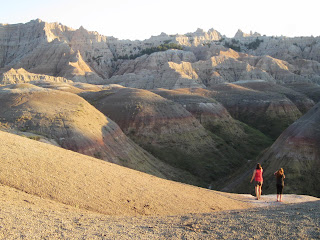 It's so beautiful, one of those places (much like the Grand Canyon, or even Mt. Rushmore) where the majesty truly cannot be conveyed with a photograph. And it is very eerie; it feels like an alien landscape.

In the instructional brochure we were handed at the ticket booth, I learned that the Badlands used to be the bottom of an ocean, back before the Great Plains were plains; then the place made more sense to me visually. Someday I'd like to go back and spend time hiking through there. So, so otherworldly and breathtaking.

The rest of South Dakota, as always, was a dull and uneventful drive. 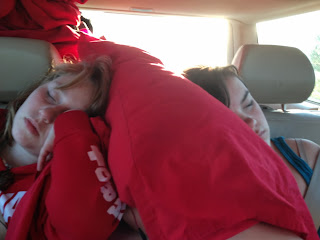 Along the way, I kept telling Dan & the kids how Minnesota is easily the best-smelling state in the Union. They scoffed at me, so I pulled over to the Minnesota Tourist Center as soon as we crossed the border and forced them to inhale.

We arrived in my hometown, the birthplace of Paul Bunyan and Babe the Blue Ox. (Despite Brainerd's claims to the contrary. We Bemidjians know the truth. Or is it Bemidjiites?) 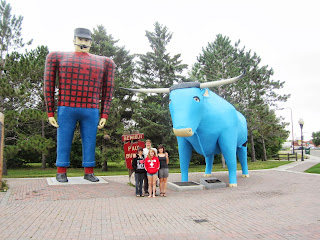 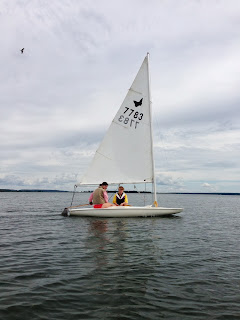 And then we moved onto Phase 2 of the trip: the North Shore!

The night before leaving, my dad off-handedly asked if we were going to tour the iron ore mines. I remembered doing this as a kid, in a vague way that had me wondering if it had just been a nightmare, because I couldn't for the life of me remember *where* I had taken an open-walled elevator down a sheer stone shaft and then riding a mine cart train. Mystery solved!

The second the words "iron ore mine" came out of my dad's mouth, Dan was all over it. So we changed up our route at the last minute to drive through Tower-Soudan and tour the mine. 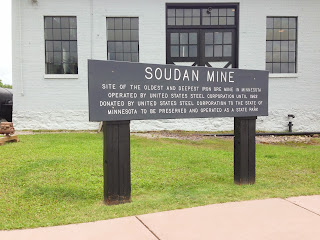 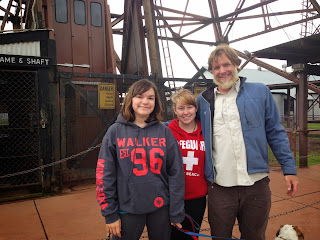 Then, onward and-- er, over-wards to the North Shore.

This is a good time to mention that Dan hates Minnesota. It makes him feel claustrophobic, he says. Too many trees. Not enough hills. Nothing to do in Bemidji. All very valid points. When I tell Minnesotans these complaints, they always say, "But have you taken him up the North Shore?" Because the North Shore is really the solution for all of these problems. Previous years we've hit MN, we just haven't had time to make it over to Duluth. This year, though, the state was our oyster.

I found this awesome little yurt to stay in up past Grand Marais. We would've stayed at my first pick, Naniboujou, but they foolishly do not allow dogs there. It ended up being fantastic, because the yurt was absolutely perfect. 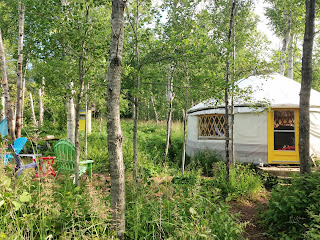 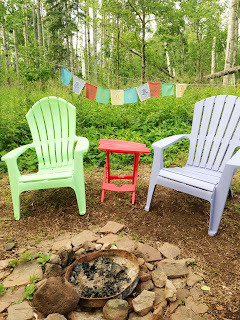 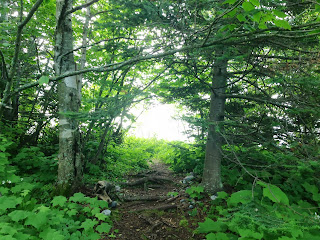 Also, it was only a few minutes from Naniboujou, so we still got to enjoy their fabulous French onion soup.

For the next couple days, the yurt was home base. From there, we drove up to Thunder Bay to check out the open pit amethyst mines.

And hiked the Devil's Kettle trail a few minutes up the road. 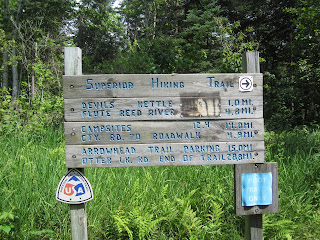 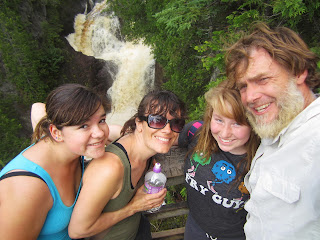 And of course, made time to enjoy some good food. 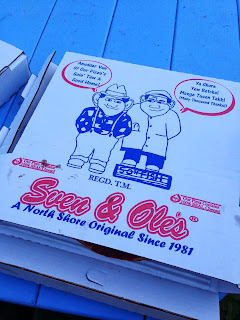 Then it was time to head back south.

We stopped at Palisade Head to prove to Dan that, yes, there are indeed climbable things in Minnesota.


After the climb, we stopped at a random coffee place along the road to get Dan his fix. I saw a sign on the window that said Bridgeman's.

"I didn't even know they still had Bridgeman's!" I said, as we walked up to the place. "When I was a kid, we used to drive from our cabins into town to get Bridgeman's, then walk around by the college finishing our ice cream before driving back. I always got butter brickle, but they don't make that flavor anymore. I look for it whenever I'm at an ice cream shop."

We push the door open and I peruse the ice cream while Dan checks out the coffee situation. And there, a hundred miles from Bemidji and about a million from my childhood, is Butter Brittle ice cream. Okay, so not butter brickle, but I am positive it's the right flavor.

"Oh my god," I say, grabbing Dan's arm and pointing.

"We'll need a scoop of the butter brittle ice cream too," he tells the girl at the register.


Then back to ol' Bemidge for some bday shenanigans. Although Miss G started out with a bit of a rough morning on her big day, we managed to turn the day around.


All in all, a super fun family vacation. One of our best. We came home with many pounds of amethyst, a sheet of birch bark the size of a small cot, gobs of mosquito bites and a ton of dirty laundry.