After living here a week or so, it became clear that my neighbors were the townhome complex drug dealers.

Really nice guys though, Victor and D'Angelo. They're quiet and they keep their yard clean and always say hi to me. Yesterday D'Angelo was walking out of his front door at the same time I was headed out with a bag of smelly kitchen garbage.

"Oh, you want me to take that to the dumpster for you?" he asked, hoisting the bag out of my hands before I could even answer. He wasn't even going that way.

Yes, even the drug dealers are better in Colorado. 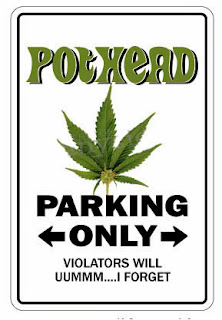 On our other side, we have the heavily pregnant girl who sits outside chain-smoking, waiting for her due date to arrive. At the end of the building is the family with the 4-year-old who runs around outside in diapers with no parents in sight.

In the next building over we have another chain-smoking mom with a baby on her hip plus a little boy and a young teenager who might be hers also (but I can't figure out how to make that math work) and an older lady who must be the grandma. Next to them are the 20-something construction worker potheads with the awesome big dog named Charlie Brown.

Sometime around July, I came home to a previously empty unit now all tidy with snappy porch furniture and a huge American flag hanging off the corner of the building.

Oh boy. They are not going to do well back in this corner of the complex, I thought. 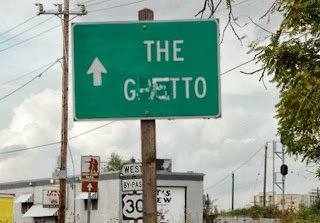 Later that night I'm headed back out again and the new neighbors-- a nice couple in their youngish 30s, just as lovely as you'd expect from their porch furniture-- are sipping local craft beers out front.

We exchange greetings as I pass.

The next night, they're out there again, only with mix drinks and this time one of the 20-something construction worker pothead neighbors has joined them. The night after that, Victor the drug dealer is hanging out there too, along with both construction workers and Charlie Brown the dog.

After a couple weeks or so, Dan & I are the ones hanging out on the porch with all our neighbors and (all our dogs).

Greg and Brittany have a baby and a toddler. She stays at home and he commutes up to Boulder. Greg is a tax attorney, and Brittany is one of those women who always looks perfect and who apologizes for her messy kitchen when there's a single dirty plate and no crumbs. In her spare time she's starting her own home decorating business. 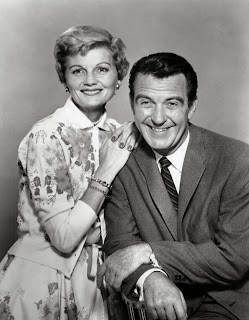 Despite these things, they're actually quite likable.

Dan and Greg carpool up to Boulder every morning now; Dan's new job is within a mile of Greg's office. Dan is teaching Greg how to climb. Greg loves it.

I'm positive if I had little kids, Brittany and I would be besties. As it is, I still stop to chit chat for a minute after dropping Miss G at school in the mornings, and our own girls are frothing at the mouth to babysit.

"I'm pretty sure Greg is short for Gregarious," Dan tells me.

In just a few months, Gregarious Greg has transformed our little corner of misfit toys into someplace that's practically neighborly. His wife has taken to feeding the malnourished construction workers dinner every night. We stop by their porch most evenings to spend some time catching up; we've switched to hot tea now though. The seasons are changing.

The One You Feed

An old Cherokee man is teaching his grandson the ways of the world. He says, "Within all of us, there are two wolves. One wolf is good. He does no harm. He lives at peace in your heart, and finds harmony in the world.

"The other wolf-- he is full of anger, snarling, raging at everyone and everything. Yet all his anger changes nothing.

"These two wolves, they are battling in you, always. Always."

The boy is silent, then asks, "Which one will win?"


I never write about being a stepmom anymore. I can't think about the wasteland of the last several years of my life for longer than about eight seconds before I'm incoherent with anger.

Eight seconds. The same amount of time you have to hang onto a wild bull at the rodeo.

Last night Dan told me he is working on forgiving Miss L's mom, as if any of us needed more evidence that he is some kind of freakishly evolved, on-the-edge-of-enlightenment being.

"I don't see that ever happening for me," I say. "Being a honeybadger, yes. Not giving a crap, not letting it ruin my life, those things I can do. Forgiveness? No. I can't do it. I don't see how I can ever think how all the shit she's done is okay. I mean... ever."

He says he understands. He says he doesn't blame me. He says, "I'm still going to work toward forgiveness." Because he is a better human than anyone I know.

I'm not there. And not in a grudge-holding way. I am probably the least grudge-holdy person you'll ever meet. Not that I don't have a temper; I do. But it flares up and burns out real fast, and I always apologize immediately: a genuine apology. I am capable of grace. 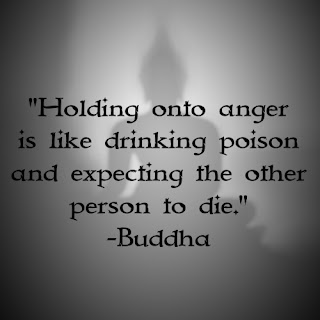 I am not actively angry. Our everyday life is very cheerful these days. Peaceful. It's fun when Miss L is here, and she even keeps in touch with us when she's not now. All of the dark days are behind us. I know this. I believe it 100%.

Those dark days, though. They're molasses. They're sticky when you think you've cleaned everything up and put it all away.

Miss L is not my daughter; I should have no stake in this claim. For the love of pete, if I could forgive all the crap my actual biological daughter's other parent has dished out, I should be able to get over this. This woman who shouldn't even matter.

And still, there is just something about all the stupid bullshit that I cannot let go of. Maybe the using her daughter as a weapon. Maybe the calculating way she sabotaged our budding family when it was still so delicate, and destroyed our foundation so thoroughly that we will always be stunted as a result. Or maybe the myriad of other hypocritical, double standard, underhanded sneaky-ass things I can't even list here except to just say sometimes other parents just suck.

Every time, I expect that discussing these things will lance the infection and drain all those soupy, putrid toxins out, leave my mind light and airy the way venting so often does. But not this. It just festers.

It just feeds the wolf.

I think someday down the road, maybe it'll be safe to dwell. Eventually I'll find the minefield is dormant, and-- beyond the trenches-- I'll find forgiveness.

Until then, I'm starving it out.

Goldfish, unlike humans, never stop growing physically. They grow until they die. How much they grow is dependent upon the quality of their water, how well they're cared for and the size of their bowl.


Those of us who've seen Big Fish already know this. (Those of you who haven't need to watch it IMMEDIATELY.)

Yet, while humans are genetically predetermined to stop growing physically at some point, we possess an infinite capacity for inward growth.

Like goldfish, how much we grow is dependent upon the quality of our environment. How clean we keep our water. How well we care for ourselves. And the size of our bowl.

And small bowls are easier to control. The environment is predictable and unchallenging. You can let your guard down. Your entire world is well-defined.


The problem with small bowls is that predictable and controlled are just a hair away from confining and limiting. Without warning, the concept of Outside becomes scary in all its unpredictable, uncontrollable hugeness. And your bowl actually grows smaller. Then smaller still.

You think you're swimming around your plastic castle in a happy routine; in reality you're stuck in a real small bowl with real dirty water.

It happens so gradually it's easy to miss.

Maybe one day, you wake up. The walls of your goldfish bowl suddenly feel too thick, too close, too covered in greenish slime. That's when it's time to seek out larger shores.

I know it's time for a new bowl by gauging how scared I am to leave my current bowl at any given time. The more anxiety I feel about the unknown, the more critical it is for me to push my comfort zone. And I am always reluctant.

Then reluctance evolves to willing. Not always easily, because change is hard.


Once you choose expansion, you find that fresh water feels so much better than that murk you were sludging through a minute ago. Comfort becomes less important than growth; freedom feels far less scary than the dread of going back to that small bowl.

What seemed like the big bad Out There becomes just a bigger bowl. A bigger bowl with new scenery and different perspectives. A bowl so big you forget to feel constrained. A bowl so clear you can see for miles.

When I took French in high school, I remember learning that France takes August off. Like, the entire nation just goes on vacation the full month. I always wondered how shops shut down for a full third of summer and manage to stay in business. Also, August is probably a bad time to visit France.

Because of this long hiatus from work and school, going back to school in the fall is a big deal that carries more weight than here in the States. The first day back is called "la rentrée," which translates literally to "the reentrance." 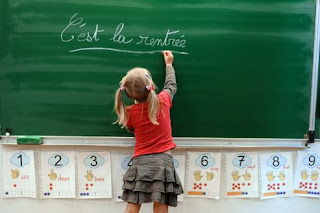 And that phrase has further evolved into the idiom "à la rentrée," which sort of means "See you when school starts up again" and is thrown around a lot in May.

On a deeper level, à la rentrée is much more than a calendar date. It's about moving forward with new focus come September. It's time to pull your big girl boots on, roll up your sleeves and get serious.


Playtime is over. It's time to leave long lazy summer days behind and reenter reality.