My new chiropractors are very full service. Their clinic offers supplements, special cervical alignment pillows and a slew of classes on all kinds of random things. I've avoided most of these, but one class description was too juicy to pass up, something about discovering your formula for change. Since I've been a virtual maelstrom of change for the last year or so, I thought why not up my game.

The instructor says, "Pretend I hand you a chicken. You need to build a coop for it. What's the first thing you do?"


I write down buy chicken wire and lumber and then think, shit, no-- that's wrong. I have to learn how to build a chicken coop first. So I scratch it out and write instead research how to build chicken coop. There. That's more sensible.

"What's the second thing you do?"

Then I think, we're probably supposed to go with our first reactions and this is probably cheating somehow. So I go back to the first answer.

And then I think, this is why my life is in near-constant crazy. Because I buy the chicken wire before learning how to build the damned coop. And I sigh.

On the upside, this class will teach me how to change all that.

Then the instructor tosses up an image on the projection screen.

The Triad of Change.

Change consists of three elements. If all three aren't on board, you won't achieve change. Also, if you don't do them in the right order.

Right, just what I figured. I need to stop building chicken coops as my first step. I need to slow down and plan stuff out first. So far, nothing I don't know about myself. Good thing this is a free class.

The instructor says, "Everyone has a lead strategy, a keystone and a drain. When you want to create change in your life, you have to begin with your lead strategy and follow with your keystone. Otherwise you can't move forward. If you try to create change by putting your keystone first, you'll fail. If you start out with your drain, you'll never really start. So, back to the chicken coop. Look at your first reaction."

I write a B next to my original (scratched out and now barely legible) answer. Huh.

"Now look at your next answer. That's your keystone. That's the thing you're always doing without even realizing it. It's probably what others describe you as doing, even though you might not describe yourself that way."

According to my chicken coop, for me that is planning. Organizing. Structure.

Which makes the last side of the triangle, perception, actually thinking about things, my drain.

This can't be good. 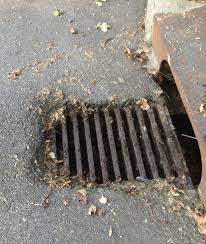 I raise my hand.

"So-- you're saying, our first instincts... that's the way we should be doing things? All of the time? That the purpose of this Triad of Change isn't to correct a wrong behavior, but is to show us what our natural behavior really is and-- then make it work for us?"

"Um, but-- okay, my lead strategy is behavior. And my keystone is structure. Doesn't that seem like pretty much a disaster? How can this be a good thing?"

The class laughs like I'm being charming and self-deprecating but I am totally serious. I don't even listen to the instructor's answer about 'Oh, well, I know it seems that way but each method has its strengths' and yadda yadda yadda. Instead, I start thinking about all the times I've jumped into things without planning or preparation, how often I've ended up in stupid situations and blamed it on my impulsiveness.

Then something clicks. I realize-- Nope.

The times I've been most stressed out in my life have been when I've felt stuck or trapped. Unable to act. The times I've taken a leap of faith instead, exploded into action with zero planning, everything has come together with a cosmic yawp. 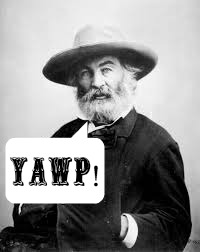 I'm always better in a crisis. I hate anticipation. The thing that trips me up the most is figuring out how I feel about something-- which is so backwards, because I'm super intuitive and perceptive and always make decisions based on gut instinct.

Yet when I stop to think about things, my brain tangles up my feet. I go nowhere.

I look at my answers, one scratched out and then circled again, with a B and a LEAD STRATEGY? written next to it. And the other with an S and an arrow and a firm 2 circled, plus a black blotch off to the side that used to be a circled number 1.

No matter how I try to trick the chicken coop test, the evidence is obvious. Even the way I answered the questions clearly shows that I lead with behavior.

Another lady raises her hand and says (in a pointed way that I refuse to take personally) "But how could putting behavior first ever be a good thing? I'm structure first. I just can't imagine that not planning things out could be better."

And the lady next to her, bless her, turns around and smiles at me and says, "What about EMTs? They can't afford to think or plan things out. They just need to move."

I smile back, because I am thinking about the new car* I drove to class tonight, and that it would not be mine if I'd frittered around with perception and structure first.

Another woman says "I'm structure too, and I thought that at first also until I remembered this one summer, I'll never forget it, the kids wanted to go on a picnic. And my first instinct was to sit down and make a list of what we needed from the store, and frustration that we had no food in the fridge, and I was on the verge of telling them it would have to be tomorrow. When I look up, my husband's gotten the picnic basket down and he was just chucking in all the food from the fridge. Hard boiled eggs, pickles, tomatoes, cheese, bread.... It ended up being the best picnic we ever had."

Really, despite my answers, I totally agree with the naysayer lady. Behavior first does seem like a terrible way to run your life. And yet, it has undeniably worked for me, no matter how many people have told me I need to slow down. No matter how many times I've told myself that.

I think now-- the opposite. I think: speed up.

I am better in motion. 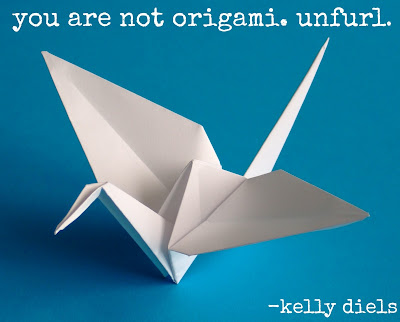