For a couple years, I've had nagging hip pain. The longer it lasts, the more convinced I am that it's arthritis. This is crazy depressing, because I am way too young for that crap.

After some X-rays, the good news is that I don't have arthritis in my hips.

It's in my spine.


Miss G spotted it on my films before I did.


And it'd be one thing to just have the doctor hand you an invisible diagnosis, but to see it in real life was a little... chilling.


Vertebrae are supposed to run straight across. Mine, as you can see, have some jagged points combined with some eroded corners. The white-limned edges? Those shouldn't be there. That's all inflammation.

My chiropractor says she can have my spine fixed in six months. I mean, the arthritis is permanent, but once the rest of my vertebrae are in proper alignment, the condition won't be as exacerbated. (In theory. I'll keep you posted, Internet.)

In cases of osteoarthritis, one of the first lines of attack is exercise. This goes against our instincts because it freaking hurts to move arthritic joints around. They're stiff and reluctant, more so after long periods of inactivity, like while you're sleeping. Or after sitting through a Godfather marathon over Christmas break. 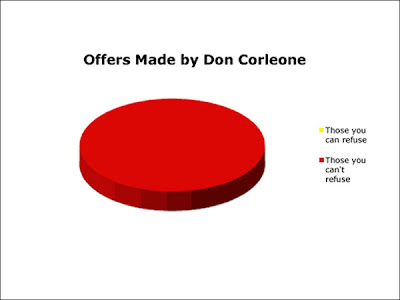 Yet you have to fight that instinct and move anyway. The pain unclenches eventually, though it takes a while. And it does feel better in the end.

Getting arthritic happens under our noses, whether it's metaphoric or literal. When there are sections of your life that grow rigid and resistant, that's the time you need to exercise them the most-- before they fuse into immobility and cause more severe damage.

I'm beginning my new year by bringing my spine into alignment along with the rest of my life. Work out the creaks and kinks. Infuse stagnation with movement and fluidity. Not just my spine, but throughout the rest of my life as well.

Murky pond or rushing river. Which provides the sweeter water?